Russian oligarchs could use bitcoins to circumvent sanctions 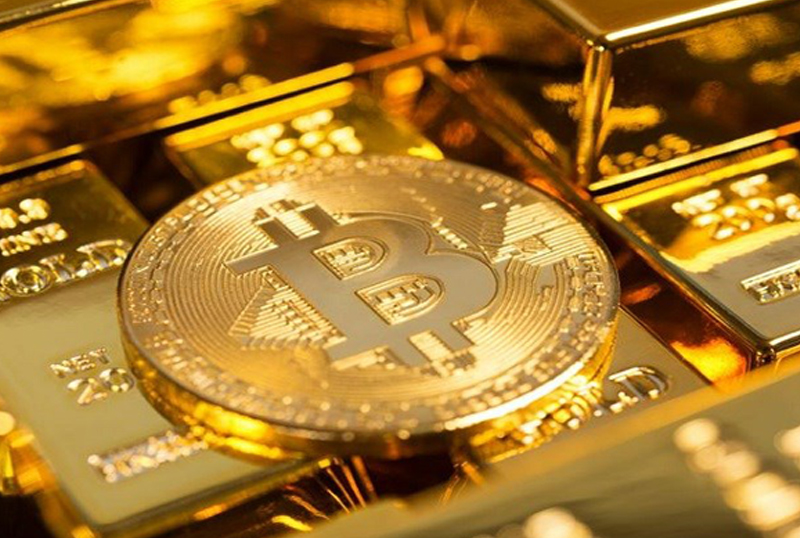 The crypto universe proves to be a haven for both countries currently in conflict. In the five days since Russia invaded Ukraine on Feb.24, bitcoin has risen by 13%, while the US stock index S&P 500 it often mimics has risen by about 2% and the traditional security game of ‘ gold, now up 0.81% to $ 1,916 after gaining as much as 3.5% on the day of the invasion. On the day of the attack, some $ 300 million of short positions in bitcoin were liquidated, data from Coinglass showed, while Singapore-based Qcp Capital said that “a good portion” of the leveraged long positions had been deleted.

Russian ruble-denominated bitcoin trading went into overdrive when the invasion began last Thursday, with daily volumes up 259% from the previous day to 1.3 billion rubles ($ 13.1 million), according to CryptoCompare data. In Ukraine, meanwhile, cryptocurrency exchange Kuna has seen its daily trading volume more than triple to 150 million hryvnia ($ 5 million). Bea O’Carroll, chief executive of Radkl, a digital asset investment firm, said war and Western sanctions have seen a trend emerge to use bitcoin to transfer value. “Basically, having a currency that is not controlled by the government, which is not affected by the emergency acts has a really interesting role,” she added.

What and to whom these large crypto movements are due is difficult to terminate. In addition to being largely anonymous, holdings and cryptographic transactions are in fact often stored in wallets on decentralized platforms that can be accessed from anywhere. What is known in the first place. is that Ukraine has also been quick to see an opportunity in the reach and anonymity of the crypto world. Deputy Prime Minister Mykhailo Fedorov tweeted the addresses of the bitcoin and ether wallet after the Russian invasion, along with a plea: “Stay with the Ukrainian people. Now they accept cryptocurrency donations.” Fedorov’s government and Ukrainian NGOs raised more than $ 22 million in cryptocurrencies after appeals, according to Elliptic estimates.

But looking at the war on the other side of the front, the focus shifts to the Russian oligarchs now intent on saving their assets following the European sanctions and the collapse of the ruble. “Bitcoin could be a potential safe haven for Russian oligarchs who can thus avoid sanctions as there will be no censorship on the bitcoin network and cryptocurrency transactions,” said Ipek Ozkardeskaya, senior analyst at Swissquote Bank.

However, for fans of the crypto world, the fact that such holdings can offer a way out of sanctions could be a double-edged sword. “All of this could lead to the enactment of regulations by NATO countries in order to regulate the use of cryptocurrencies, but the downside is that there could be wider adoption in places with geopolitical turmoil,” said Katie. Talati, head of research at the digital asset manager Arca.

Has bitcoin become the currency of choice in areas of geopolitical risk areas? Market players warn that there are differing views on whether it can become a “safe haven” asset – a form of digital gold – more generally. For Zach Friedman, co-founder of cryptocurrency broker Secure Digital Markets, bitcoin’s post-invasion gains serve to reinforce the “narrative around bitcoin’s store of value during turbulent times.” Against all skepticism, crypto assets continue their rally, with bitcoin currently climbing 17.18% to $ 44,581, followed by Ethereum rising over 14.74% to $ 3,007.