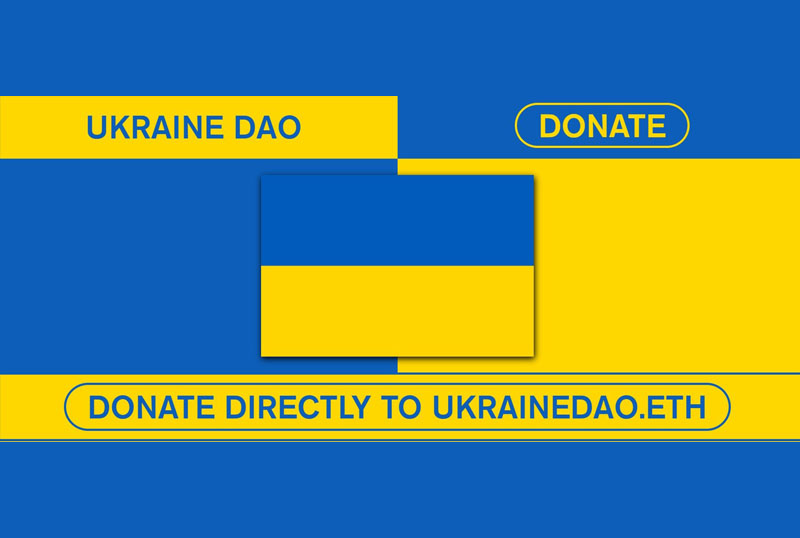 We already talked a few days ago about UkraineDAO, born to raise money to then be used for charitable works in a war-torn country – and for which cryptocurrencies are playing a fundamental role.

The crypto-enthusiast people responded present and collected the beauty of 2258 ETH, a very important sum given that we are talking about over 6 million dollars at current prices. A sum that is added to already substantial donations from the crypto world, through various channels.

UkraineDAO – end of harvest
Over six million dollars raised in Ethereum
Another sign that cryptocurrencies can also help change the world – as well as an incredible commercial for the entire sector. And with Ethereum also doing its part.

And it is one of the most incredible collections despite the great crypto solidarity movement that has involved the whole sector. A sum that exceeds the current values ​​of Ethereum on the market over 6 million dollars, which are in addition to the more than 15 collected through different channels.

An incredible success for UkraineDAO, which also saw big names on the web participate, such as OnlyFans, which donated 500 Ethereum. Participants in the donation also received an NFT, which is particularly significant given the circumstance that triggered the donations.

A sign that the decentralization and ease of transaction that cryptocurrencies offer can come into play particularly in the most critical moments of some countries. As has also been shown by the use of crypto by the populations involved in the war, populations who have seen their banks shut down and ATMs drained and who have found solid support for normality in Ethereum, Bitcoin and other cryptocurrencies in a moment. which has nothing normal.

Have cryptocurrencies become political?
No. They did not become political. They have always remained an instrument of great freedom and control over one’s finances. Everyone is free, as in this case, to donate what he prefers to those he prefers, without there being the possibility for third parties to prevent this.

An extraordinary use case that has shown the whole world the absolute need to have cryptocurrencies always ready and available, both in peacetime and in wartime.

With the terrible events in Ukraine, important confirmations have arrived: humanity has one more tool. Anytime, anywhere and anyway: and this tool is cryptocurrencies. Like the ones that were donated to UkraineDAO.